The history of people on Cumberland Island is rich, varied and linked to the Island’s complex natural habitat. No one really knows how long human beings have used its resources for survival, or been inspired to create art, or simply taken solace in its awesome beauty. We know aboriginal people populated the coastal region of what we call Georgia as early as 2000 B.C. and that they enjoyed its diverse and delectable food sources, including oysters, crabs, fish, deer, and bear.

History that has a more specific record starts with the early Spanish missions in the 16th century. In the 1730s, James Edward Oglethorpe laid out two forts, one on each end of the Island. In the 1750s, aspiring planters came to the Island once slavery was allowed on its shores. After the American Revolution, prestigious families, such as that of Nathaniel Greene, became interested in Cumberland’s natural resources; the first mansion was built on the site we now know as Dungeness.

The British were present at Cumberland early in the nineteenth century, and there are detailed descriptions of Robert Stafford’s plantation as it existed between 1815 and 1870. The Civil War had a profound effect on the Island’s human history, and Reconstruction saw both speculators and freed slaves trying to wrest a living out of the chaotic devastation the war had caused.

In the early 1880s, Thomas Morrison Carnegie and his wife, Lucy Coleman Carnegie, came to the Island and established the family’s presence, which exists to the present day. In the 1960s the human population began to diversify somewhat as the land started to leave the exclusive holdings of individual families, and the evolution of the National Seashore began. 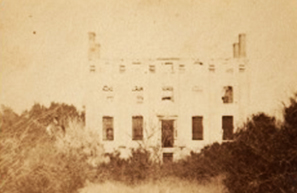 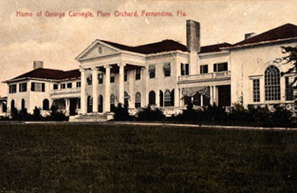 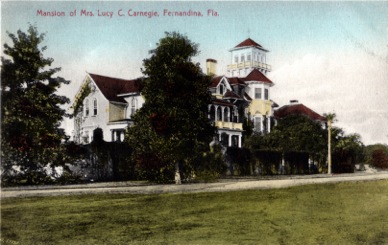 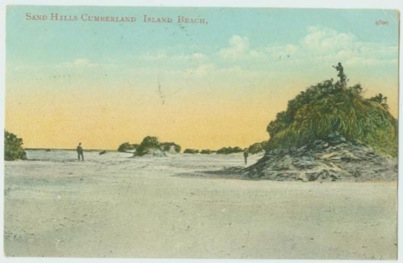