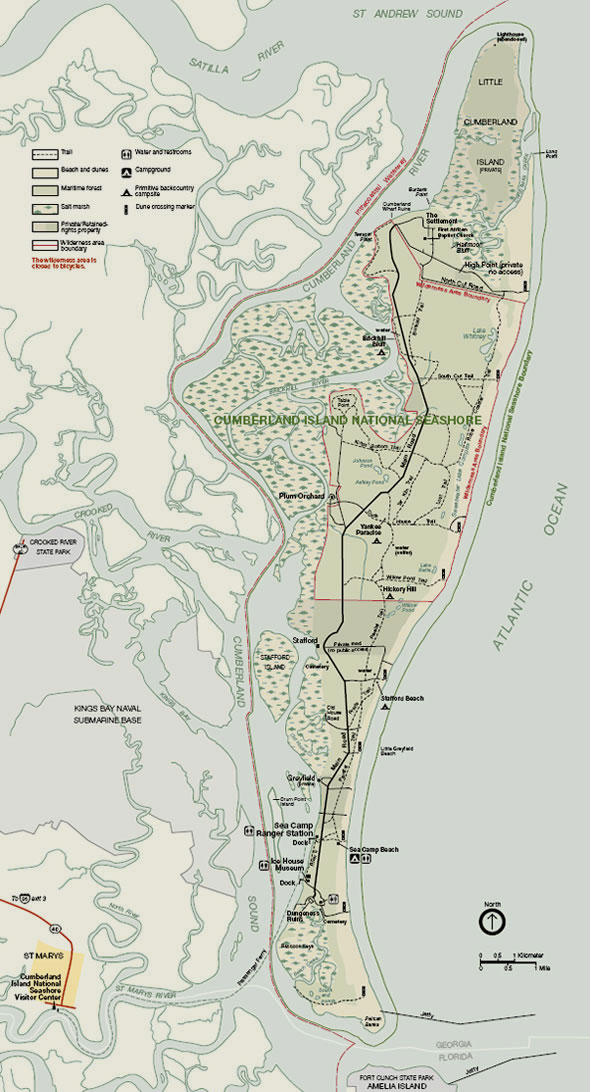 Cumberland Island is approximately 18 miles long and between one-half and 3 miles wide—or about 40 square miles.

Various Parts of the Island

Although many believe that Cumberland Island has the most beautiful undeveloped beaches on the East Coast, a visit to Cumberland is not just a “trip to the beach.” The Island is rich in history, architecture, and natural areas. Where the eastern edge of Cumberland is bounded by the beaches of the Atlantic Ocean, the north, west, and south are bounded by rivers, sounds, and marshes. Sunset across the western marsh of Cumberland Island is an unforgettable view. The sight of the beautiful red sun setting over the marshes of Cumberland is one which draws visitors continually back to the Island. If possible, spend a night on Cumberland in order to see it. The marshes are very fertile areas of the ecosystem where much of the food chain begins. Georgia, and especially Cumberland, is blessed with thousands of acres of marshland teeming with wildlife, from tiny organisms to shrimp and fish, and even alligators.